State of the Yankees

Andy Pettitte had to leave his start prematurely yesterday with what has now been diagnosed as a Grade I left groin strain. Via Erik Boland, GM Brian Cashman expects Pettitte to be out four to five weeks. I’m hoping Brian Cashman is just being conservative considering Pettitte is 38 years old, however, if he is out four to five weeks (in addition to rehab time), the Yankees will have a good number of starts to fill. Cashman told Boland that Sergio Mitre will take Pettitte’s next start on Saturday, but that doesn’t mean they won’t look at further options for following starts. My suggestion would be to give Ivan Nova a shot and if he doesn’t work out, I believe Mitre is a solid option. There is no sense in making a trade unless the Yankees could get someone, without giving up any top prospects, who represents a true upgrade over Mitre . And that probably won’t happen so in my opinion the Yankees should stay internal in replacing Pettitte. Pettitte’s injury is obviously debilitating to the Yankees, but on the bright side his elbow will be kept fresh during the time off and that may prove beneficial come October. In the end, I see no reason to panic. Pettitte will be missed, but Mitre, Nova, or another internal option could be quite valuable. Remember, the 2009 Yankees won the World Series last year and Sergio Mitre made nine starts for that team. Every team, even the best teams, have to deal with injuries to the starting rotation. 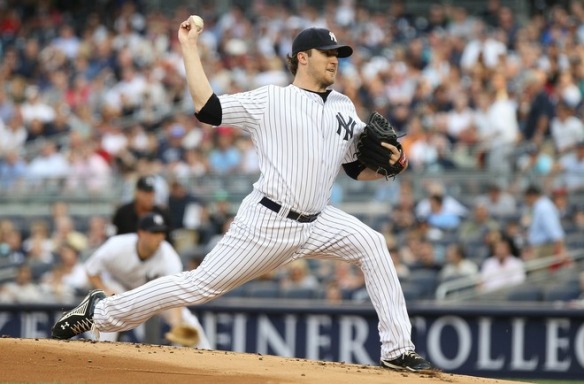 "Hopefully Hughes mixes in some more changeups and curveballs in his start tomorrow." Photo Credit: Getty Images via Yahoo Sports

Leave a Reply to Chris A Cancel reply