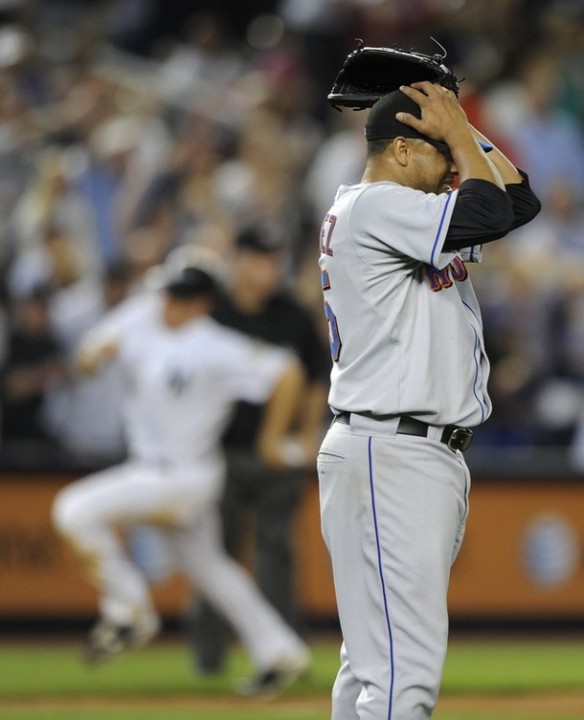 The game post will not be like usual today, because by the time the lineup is announced I will not have a computer near me. So, I will just give my thoughts on last night’s game, and post a few links. Well, where to begin. Last night Joba came out looking good, his slider was devastating. However, he fell into trouble with command and was not able to start the fifth. After the game, when reporters were talking to him, his three year old son said, “Daddy, you didn’t throw strikes.” I read that on Pete Abe’s blog, by the way. Isn’t that really funny, I mean the kid is three years old! Anyway, I’m not going to sum up the whole game, but I will say that Matsui hit a 3 run home run last night on his 35th birthday, last year on his 34th birthday he hit a grandslam. Mo came in in the 8th with 2 outs, at the time it was a 7-7 game, but he walked Beltran and then allowed a double to David Wright to make it 8-7 Mets. In the bottom of the ninth with 2 outs, Jeter on 2nd, and Teix on 1st, Arod hit a routine pop up to 2nd base. It looked like the end, Arod even slamed his bat down in frustration, but it was just the beginning. Luis Castillo ended up dropping the ball and both Jeter and Teix. The real reason they won was that Teixeira hustled all the way from first base to score, today we don’t see many players do that. Well, anyway so the Yankees won 9-8. 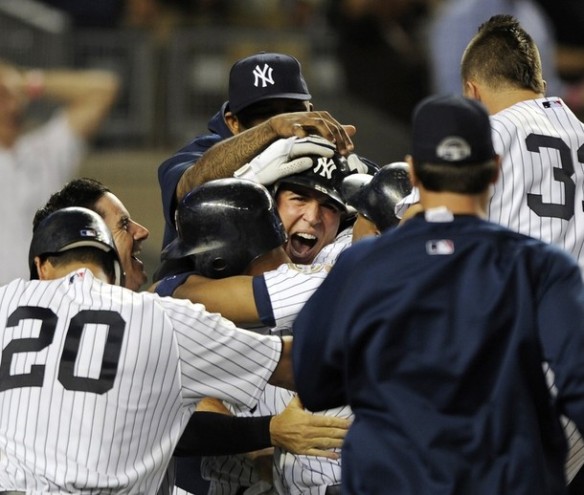 That’s it for the links. I’ll be watching the game (hopefully) today at 4:00 on FOX. It will be Andy Petitte up against Fernando Nieve filling in for the injured John Maine.