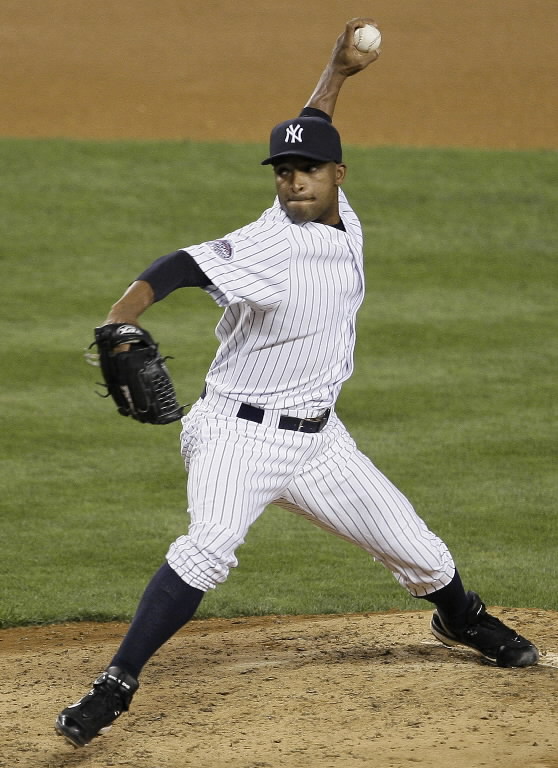 "The Yankees could really use another lefty now like Marte." Photo Credit: Associated Press

Left-handed reliever Dámaso Marté has been out of action since this year’s All Star break, and unfortunately he may not return to action anytime this season. Buried within an article via the New York Post, we learn that a decision will be made in about two weeks on whether Marté will undergo on his shoulder. While the report is not very definitive, if I had to guess, I’d say Marté probably will need surgery, but what do I know. Hopefully, if he does indeed undergo surgery, it won’t be a major reconstruction, but rather a clean up.

Dámaso Marté is the second year of a three-year contract and his only major contribution to the team seems to be his stellar performance during the 2009 postseason. However, I wouldn’t call Marté a bust. He’s clearly a very good pitcher who has unfortunately been hampered by unpredictable injuries. We can only hope that he comes back strong in 2011 and remains healthy for a full season.

3 thoughts on “Marte may go under the knife”