Tonight, Jorge Posada will be returning to the lineup after coming off a hairline fracture in his foot. For now he will start as the DH, and it appears that he may be the DH for the foreseeable future. According to Chad Jennings, Posada has been cleared to play, but has not been cleared to partake in catching drills. If he has not  even been cleared to begin catching drills, he certainly won’t be catching in a game soon. Before I say more, here are some quotes from Posada from today…

“I know that I can catch and I know that I can be out there,but a lot of circumstances have come. I’m going to have to be smart about it. If I’m in the lineup, I’m happy. I would like to catch here and there sometimes, but I understand what the future holds.”

“Knowing that the American League has a DH, yeah, it was on my mind. When you’re talking about guys that catch every day, you don’t see too many 38-year-olds catching every day. I understand what’s going on.”

“Two or three weeks from now, I’m probably going to be 100 percent.” 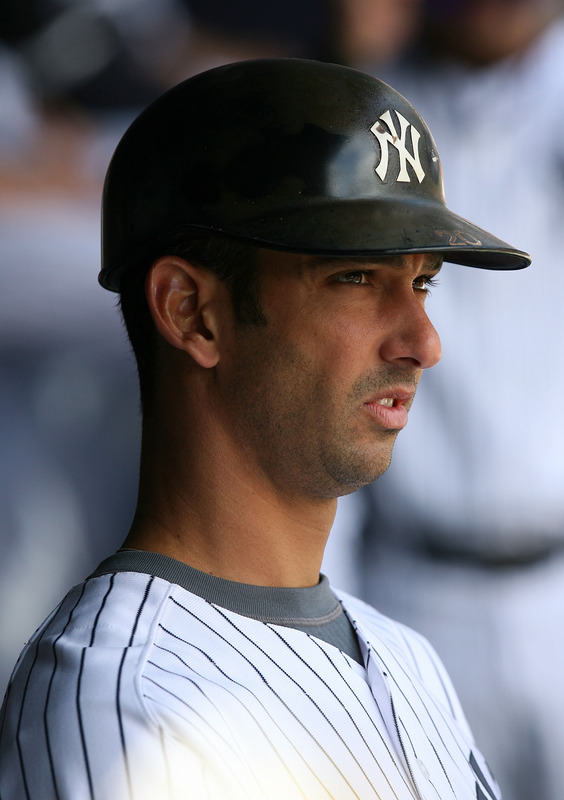 It is hard to predict the future, but it is hard to see Posada catching too many games down the line. Sure, he’ll probably catch his share of games in what remains of the 2010 season. However, we should probably expect to see less and less of Jorge Posada behind the plate.

While the Yankees may be able to patch up the situation in 2010 with a mix or Cervelli and Posada catching, what will be in 2011? Will the Yankees go into next season with Posada slated as the everyday catcher? Will Francisco Cervelli shift into the role? Will Jesus Montero get a shot at it? Who knows?

In my opinion, we’ve probably seen the last of Posada’s days as an everyday catcher. I’m not saying he’ll never catch again. I think he might share the dish 50-50 with Francisco Cervelli in the rest of 2010. But, for now, the DH spot is pretty much vacant because of Nick Johnson’s absence so Jorge can fit right into it. However, down the line, I can’t say I know what will happen.

2 thoughts on “Pondering the future of Posada”