After taking the first two games of this series against the Rangers, the Yankees secured yet another series win. So far they have won the first four series of the year against the Boston Red Sox, the Tampa Rays, the Los Angeles Angels of Anaheim, and now the Texas Rangers. This is the best start the Yankees have gotten off to since 2003 when they went 9-3, and it is the first time since 1926 that they won their first four series. Anyway, as the Yankees look for a sweep of the Rangers on this Sunday afternoon, they will send out the following lineup via Josh Thomson… 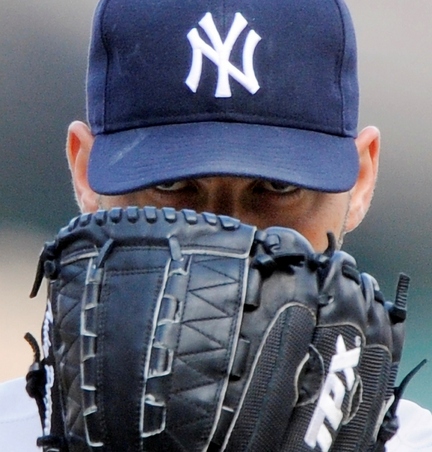 Derek Jeter left yesterday’s game in the eight inning and he is not playing today. I think he is sick, not injured, but please do not take my word for it. When I find some more news on him, I’ll update this post.

Update: Jeter is suffering from a head cold according to Josh Thomson.

Yesterday Nick Johnson walked in a run with the bases loaded. He did the same thing earlier in the year against Boston. In addition, Johnson already has 11 walks while he has only played in 10 games. He is really good at walking and I love it!

Chan Ho Park was placed on the 15-day DL on Friday with a strained right hamstring. Fortunately, it doesn’t seem to be serious and he should be back soon. For the time being, Boone Logan will occupy Park’s spot in the bullpen.

Check out 161st Street’s “Minor League Affiliates” page to see who I’m keeping an eye on in the Minors and to get links to a bunch of Minor League resources.

I just want to make sure all of you know there is an “Off-Topic” page on 161st Street. Remember, you can use that page to comment when what you want to talk about isn’t related to any recent posts. Also, remember there are no limitations to the Off-Topic page, you can talk about anything you want, it doesn’t even have to be baseball related.