Former Yankee Jason Giambi was recently inked by the Colorado Rockies after being released by the A’s earlier this month. Giambi was having an awful season in Oakland, and hasn’t played since July 19th, however his agent claims that “Jason is 100 percent healthy and definitely plans to continue playing.” Giambi will play for the Rockies Triple-A affiliate until September 1st when rosters expand. While Giambi will not be playing regularly with Colorado, he could get some meaningful pinch hit at bats during the remainder of the season, and the postseason if the Rockies make it. Good luck Jason. 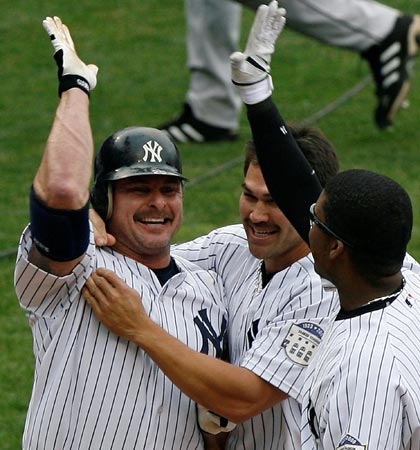 Who could forget that mustache? Look even Johnny Damon was sporting one.