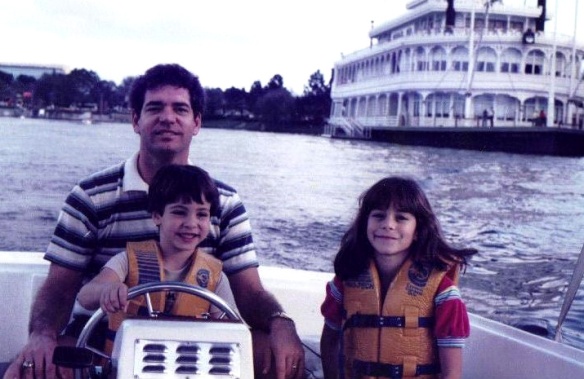 That's little Mark Teixeira driving a boat with his dad and his sister.

As the Yankees take the field at 5:05 this evening, they send the following lineup via PeteAbe out to face Chris Volstad:

LHP Carsten Charles Sabathia (who happens to be a decent hitter with a lifetime .261 AVG with 3 home runs and 13 RBI’s) 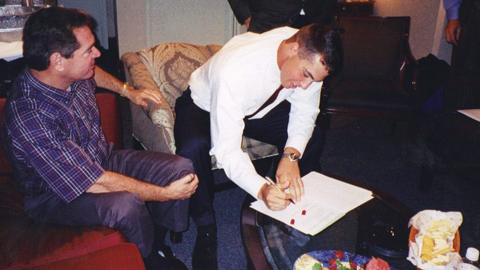 Mark Teixeira signs his first professional contract in 2001 as his father proudly looks on.

A.J. Burnett’s suspension has been reduced to 5 games, and he started serving it today.

Damon out of the lineup

I haven’t seen any stories yet, but I get the feeling his headaches and fluttering eyes have not gone away. The dropped fly ball last night only further supports my theory.

The boys are back in town

Well, they never really left town, and they came in late last night during the game, but whatever. Alex Rodriguez and Brett Gardner are back in the starting lineup. Obviously Brett won’t be there every day, unless there is something wrong with Damon.

Happy Father’s Day! Make sure you talk to your dad today.

Update 5:45
Oh no. CC out of the game in the 2nd inning. He was getting pounded but only gave up 1 run. He left with an injury but it was not clear what was wrong.

12 thoughts on “Game 69: Happy Father’s Day as the Yankees take on the Marlins in Florida”